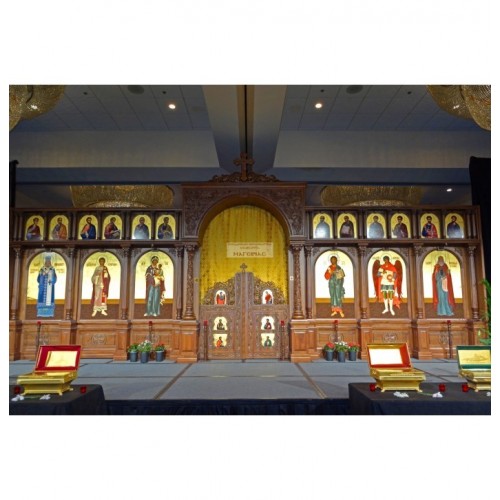 The iconostasis or iconostasis is a wooden or marble structure that separates the main temple from the Holy Temple. The temple as a kind of barrier was not unknown to the pre-Christian ancient Greek and Jewish temples. With this the main temple was separated from the sanctuary. In the Early Christian basilicas there was a simple low aperture, in front of which they hanged the "curtains" or "couch" and had small pillars and marble or wooden slats. Before the iconoclastic period, the barrier of the Holy Step took three variants in its widthwise configuration: a) barrier in the shape of P. b) barrier linear c) barrier discontinuous. Until the 4th century, the barrier is made of metal or wood, and from the middle of the 4 th century it is also made of stone. Its base was from 0.15 to 0.30 meters so that the Sacred Step was one scale higher than the rest of the temple. The barrier ranged from 0.70 to 1 meter. These heights had the names of the gods, the thorax because it was approaching the height of the human breast. At the same time the auxiliary spaces of the prosthesis and Diakonikos are transported to the eastern part of the temple and the iconostasis adapts to this evolution extending beyond the colonnades of the central aisle to the outer walls of the temple. The 5th and 6th centuries of low and high iconostasis coexist, and since the 7th century there is no low barrier. At the end of the Iconoclasm period, the form of the tall iconostasis is stabilized with columns and pillars with inbuilt columns that support a horizontal arch-epistyle with eaves. Today, the icon-stands are painted large images, on the other hand, below them, are hanging small icons with the same subject of adoration. The great icons are usually those of Our Lady, of Christ, of St. John the Baptist and the Saint in which the Temple is dedicated.

In the same category 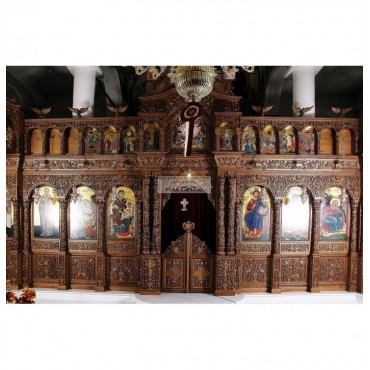 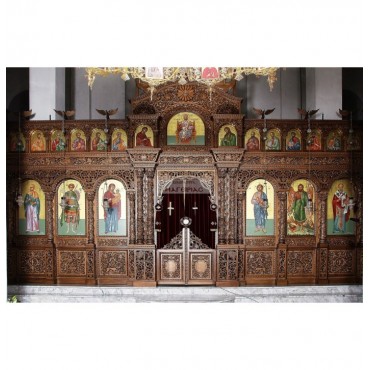 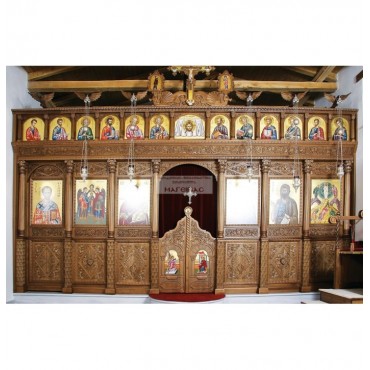 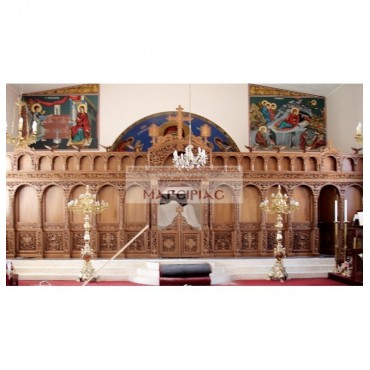 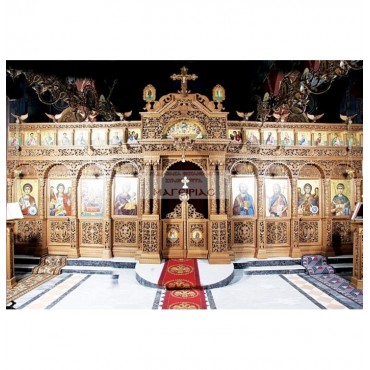 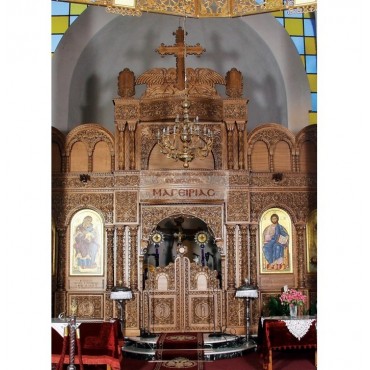 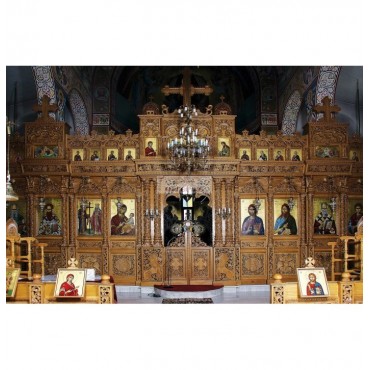 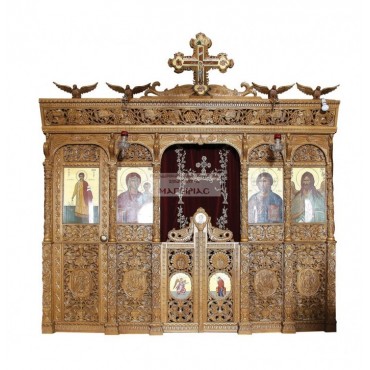 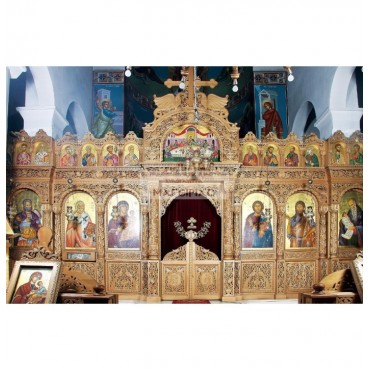 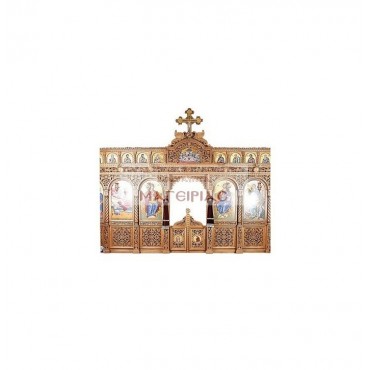 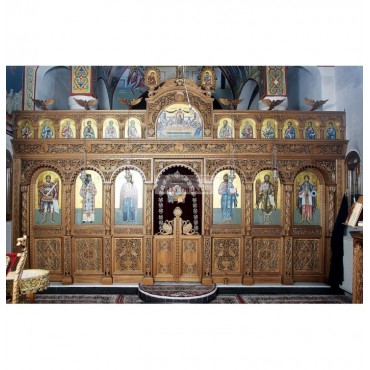 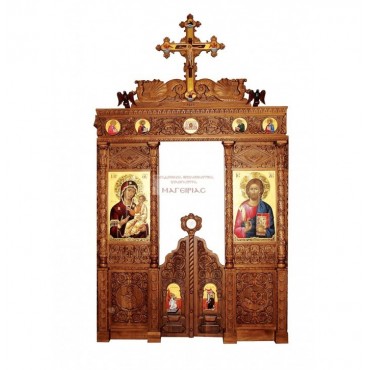 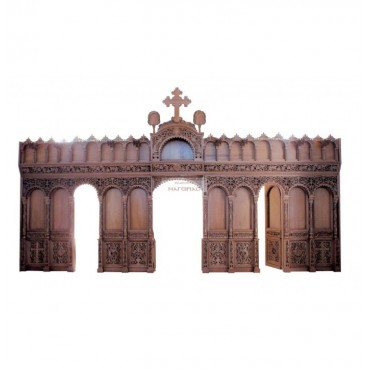 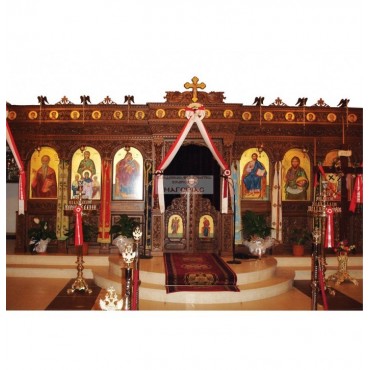 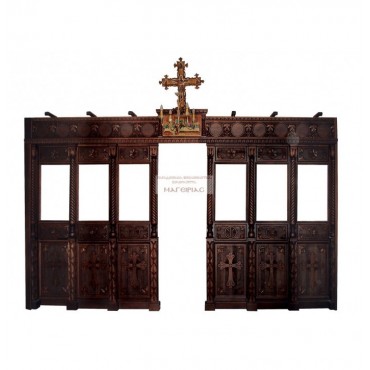 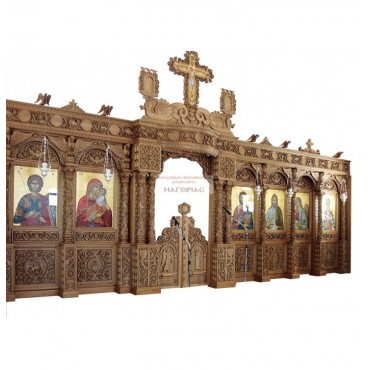 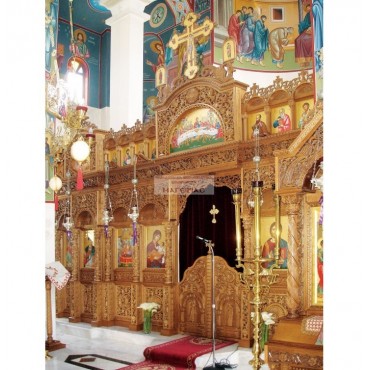 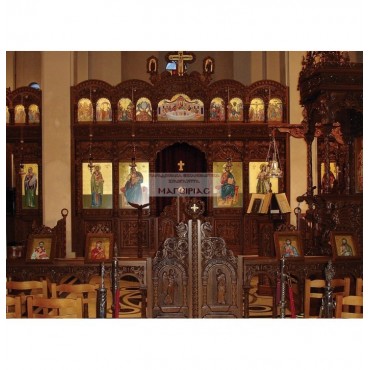 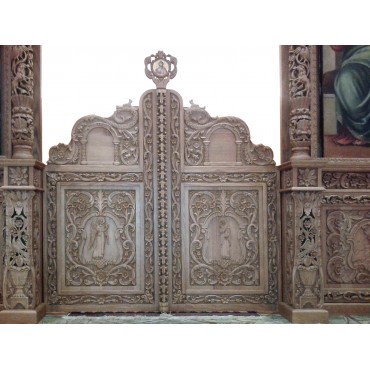 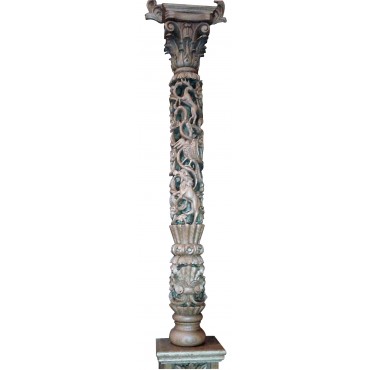 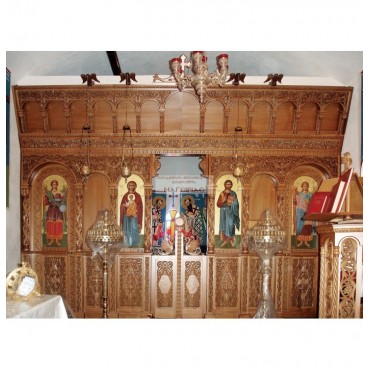 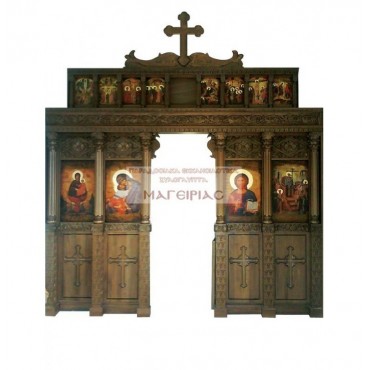 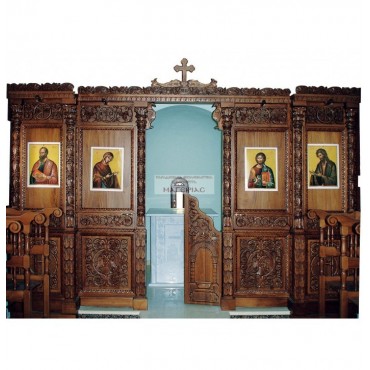 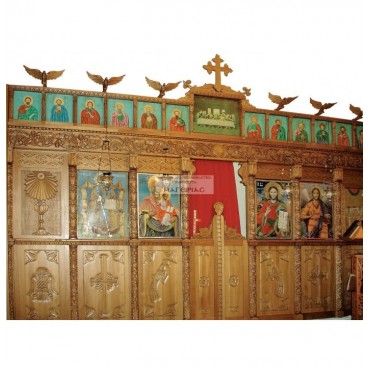 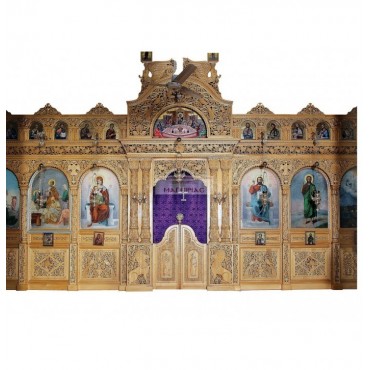 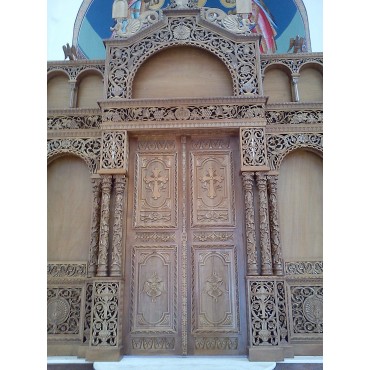